A Glasgow-based company has installed its first commercial "alkaline hydrolysis" unit at a Florida funeral home.

The unit by Resomation Ltd is billed as a green alternative to cremation and works by dissolving the body in heated alkaline water.

The facility has been installed at the Anderson-McQueen funeral home in St Petersburg, and will be used for the first time in the coming weeks. It is hoped other units will follow in the US, Canada and Europe.

The makers claim the process produces a third less greenhouse gas than cremation, uses a seventh of the energy, and allows for the complete separation of dental amalgam for safe disposal.

Mercury from amalgam vaporised in crematoria is blamed for up to 16% of UK airborne mercury emissions, and many UK crematoria are currently fitting mercury filtration systems to meet reduced emission targets.

"Resomation was developed in response to the public's increasing environmental concerns," company founder Sandy Sullivan told BBC News. "It gives them that working third choice, which allows them to express those concerns in a very positive and I think personal way."

The installation was only made possible after the state legislature in Florida approved the use of the technology, one of seven US states in which the process has now been legalised.

The system works by submerging the body in a solution of water and potassium hydroxide which is pressurised to 10 atmospheres and heated to 180C for between two-and-a-half and three hours.

Body tissue is dissolved and the liquid poured into the municipal water system. Mr Sullivan, a biochemist by training, says tests have proven the effluent is sterile and contains no DNA, and poses no environmental risk.

The bones are then removed from the unit and processed in a "cremulator", the same machine that is used to crush bone fragments following cremation into ash. Metals including mercury and artificial joints and implants are safely recovered.

The machine is patented in Europe with patents pending in other countries.

Alkaline hydrolysis has been used in the past to dispose of medical cadavers and farm animals.

Last year, Aquamation Industries of Australia disposed of several bodies in Queensland using a rival alkaline hydrolysis machine. The same design was also used in Ohio earlier this year to dispose of 19 bodies until a state court shut it down, ruling that the process was not compliant with state law.

Mr Sullivan, whose company is now majority owned by Co-operative Funeralcare, claims his machine will provide a more efficient and quicker process. He also believes the equipment can rival cremation for cost, particularly given the expense of fitting mercury abatement systems.

He is now pressing for legislative changes in the UK to make alkaline hydrolysis a reality in Britain.

"The installations in the US will assist in that process because many of the leaders in the funeral industry are coming to see this unit functioning in the next couple of months once it's running," said Mr Sullivan.

"Once they see the unit running, see the process and how dignified, respectful, quiet and quick it is, they will help to push through legislative change in the UK."

Another "green" alternative to cremation is in the pipeline. Susanne Wiigh-Masak, a Swedish biologist, has for a decade proposed a technology she calls Promession.

The process involves a fully automated and patented machine. Coffins are fed in one end, and the body removed from the coffin within the unit and then treated with liquid nitrogen.

The body is then vibrated until the body fragments, after which the remains are dried and refined further, and then passed through filters to remove metals, including dental amalgam. The remains are then poured into a square biodegradable coffin, again automatically, for shallow burial. 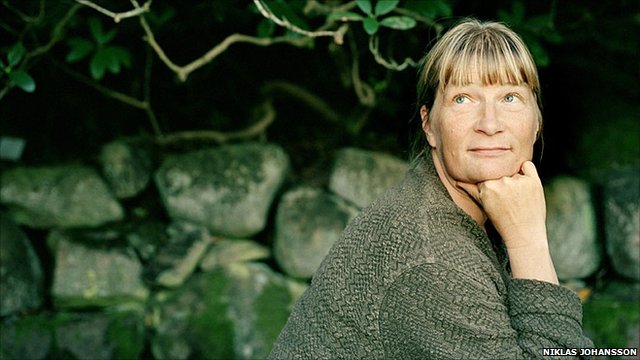 Swedish biologist Susanne Wiigh-Masak explains how "promession" works, and how the idea evolved

For Ms Wiigh-Masak, it is all about preparing the body for this shallow burial, a process which says is akin to composting. It was in her garden on the island of Lyr on Sweden's west coast, that the idea came to her.

So far, the technology has only been tested on pigs, with one pig even being fitted with a hip replacement prior to death, to test the efficacy with which the metal joint could be removed during the process.

Ms Wiigh-Masak is now confident commercial operations will begin soon, after the Swedish government promised to introduce new legislation that would allow individuals to use a "burial tax" paid by all Swedes not just for cremation and burial, but also for Promession.

Designs are complete, manufacturers appointed, and four potential sites in Sweden have been earmarked for facilities.

She says 60 countries around the world have expressed an interest in the technology, including councils in England such as Crewe and Nantwich Council and Cambridge City Council (who have also held discussions with Resomation Ltd).

Many individuals have already signed up for the process. The bodies of about a dozen people - including Ms Wiigh-Masak's late parents - are being held in cold storage because, prior to their deaths, they signalled their desire to undergo the process.

How long they may have to wait remains unclear.